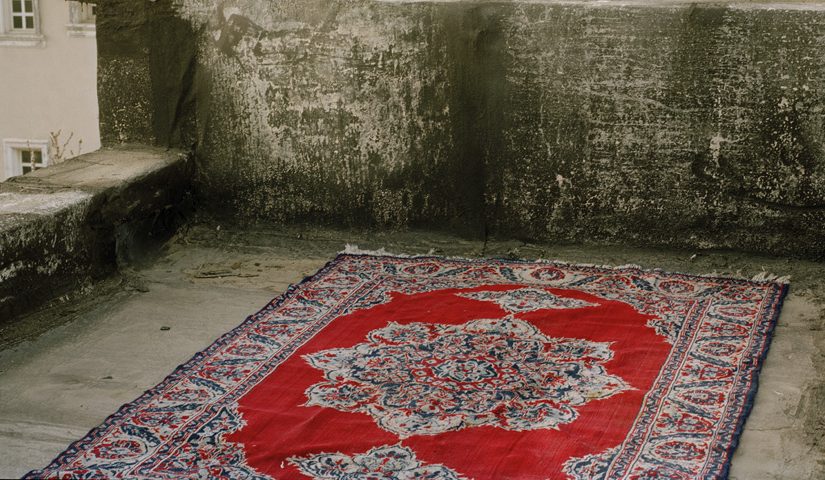 This project took place during several trips to Teheran in 2008. Going from one roof to another, in different neighborhoods of the city, a process started by sharing memories and spending time with the people I met during the trips. Going up on the roof to feel that there is nothing above our heads despite the mountains surrounding Teheran, offers us the possibility to move while staying on the same place in a reveries state of mind. 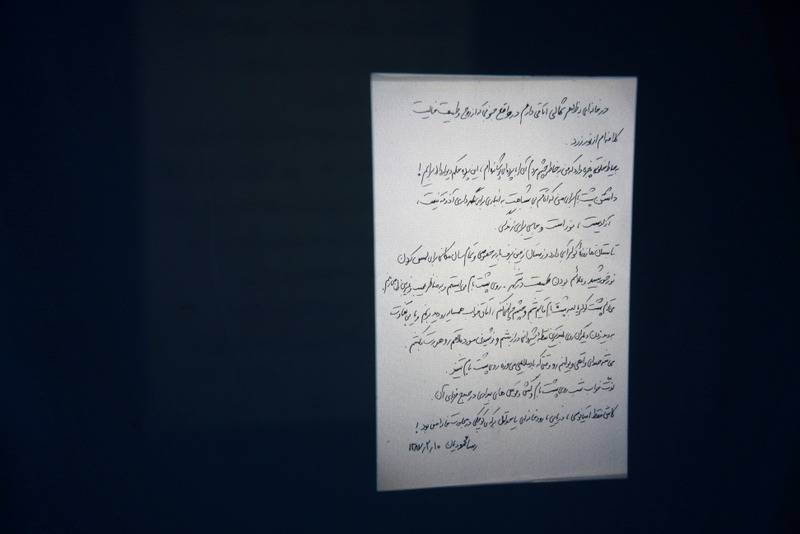 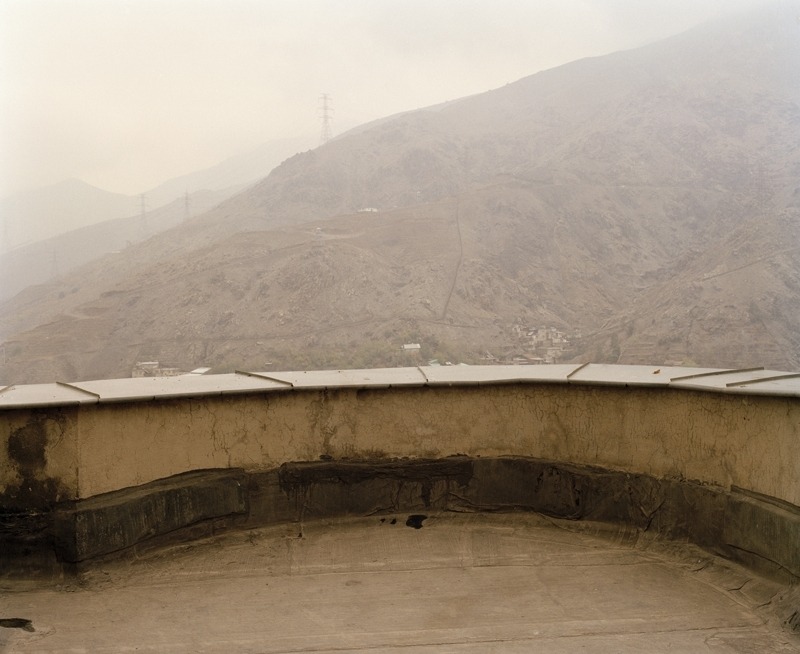 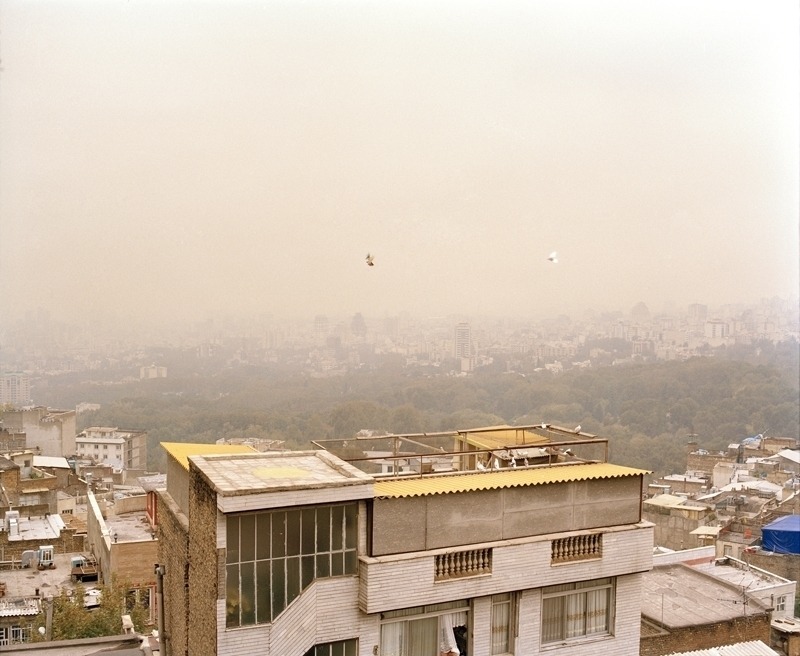 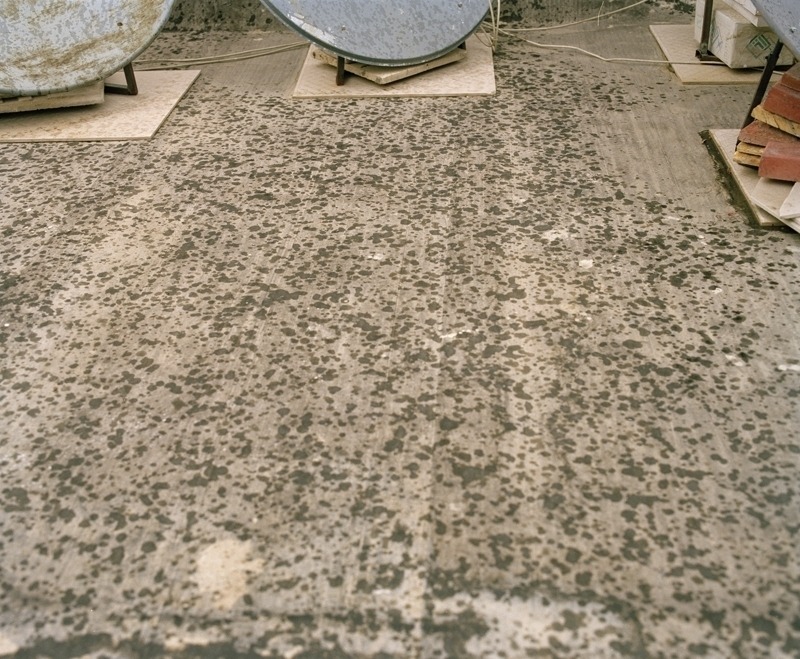 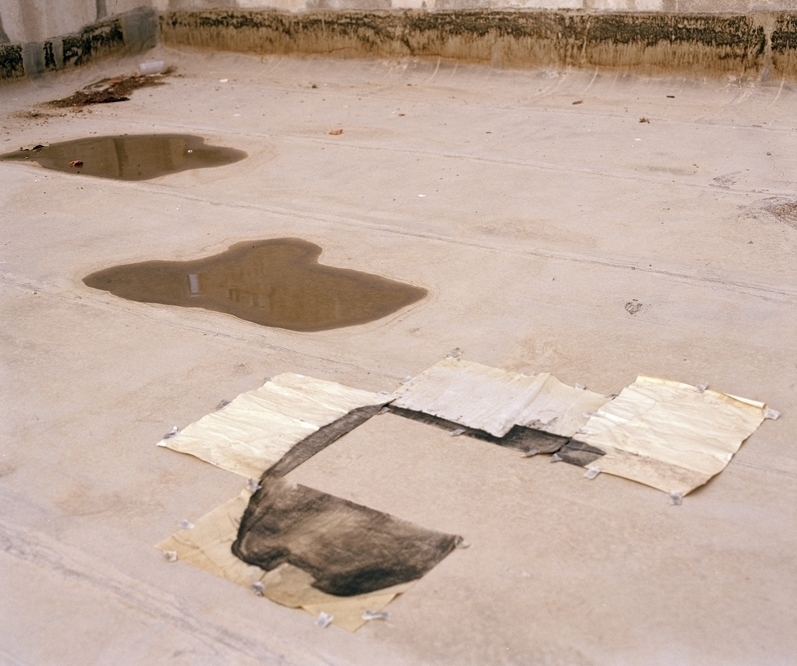 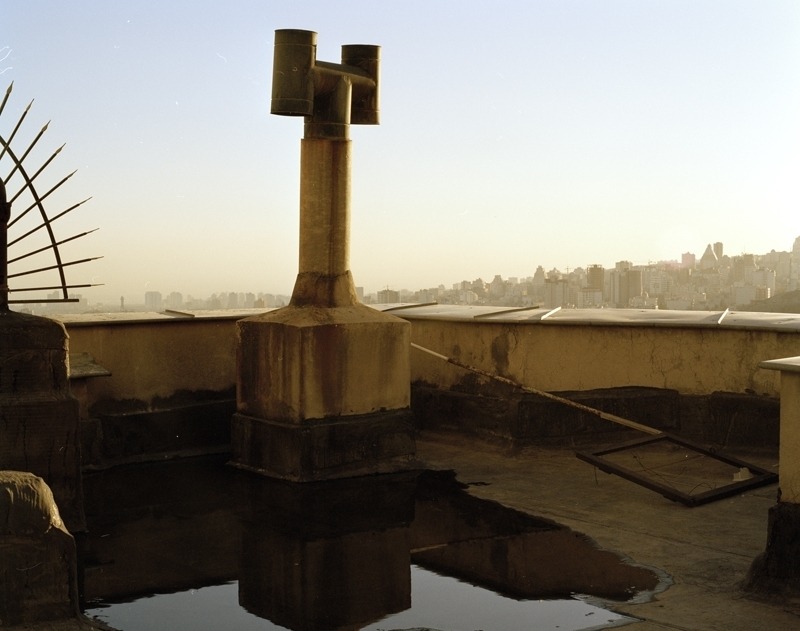 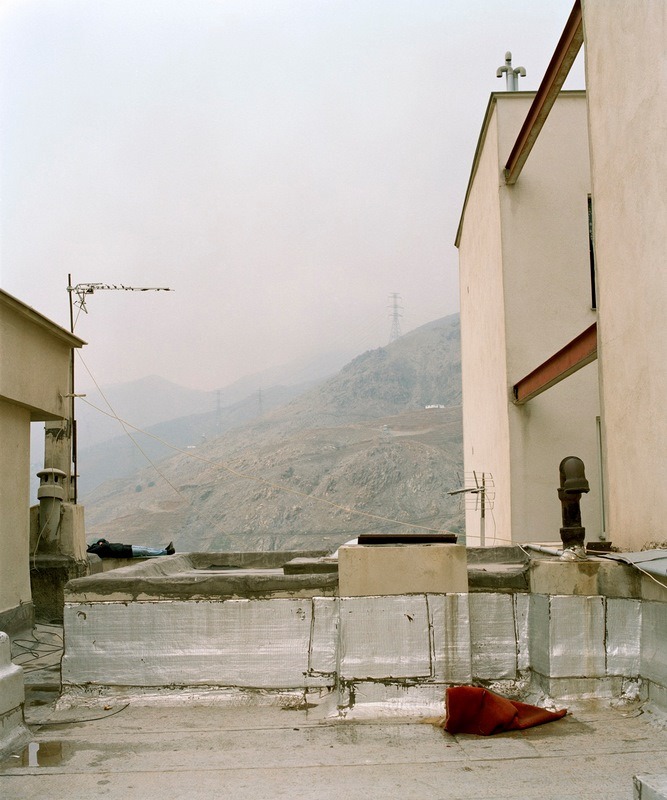 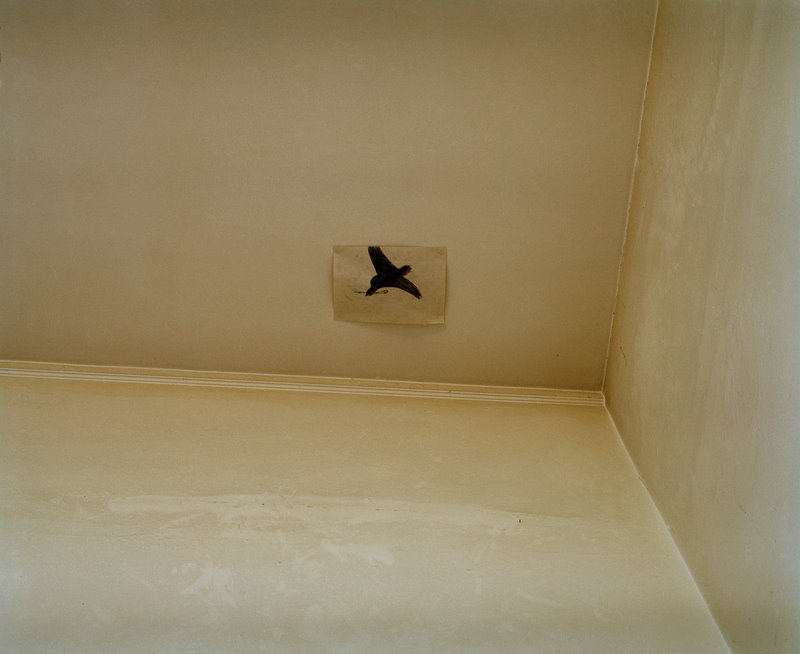 drawing from a crow, rooftop memory 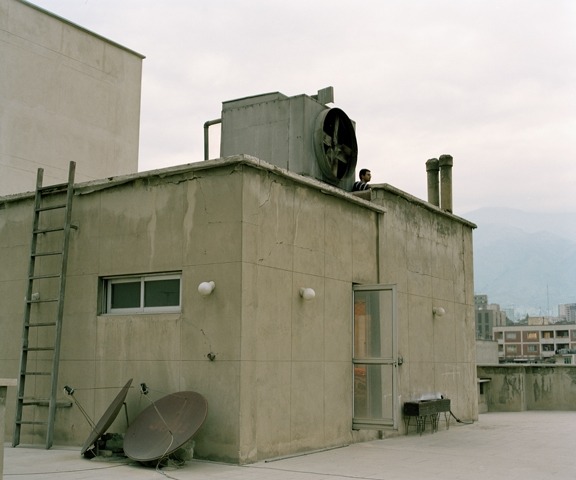 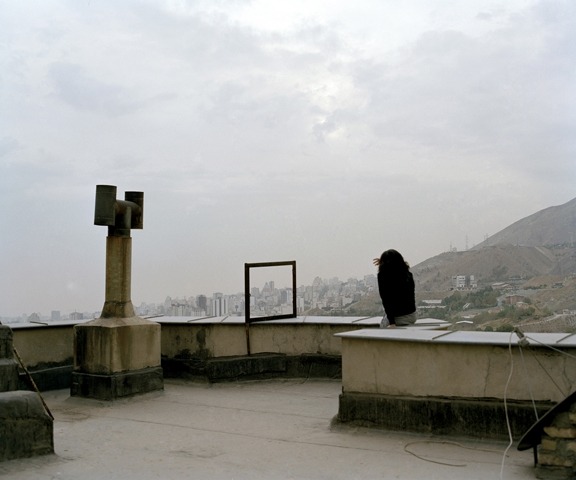 Rooftops of buildings in Teheran are used as semi-private, semi-public spaces. One can use them for putting satellite dishes, hanging washed clothes, or even have a romantic encounter there. Meanwhile people are visible from the neighbors, so they lack a real sense of privacy. These characteristics make them hybrid, in between places. In the crowded architecture of Teheran, these places stay most of the time empty even if they provide a fantastic view and practical flat surfaces. But behind this initial emptiness, there are sceneries to observe: a crow and a man sharing the same roof, two neighbors discussing, a man fixing the antenna, another one giving food to the birds…These spaces change to shelters; observatories to look at the micro-organisms of the city. Some people develop a parallel life to what they live everyday, up there; sometimes even choosing the roof as a place to live, not far from an old Iranian habit to sleep on the roof during the unbearable heat of summer. These photographs focus on the roofs as « plateaux », open platforms staging fragments of life.

Observing the way the people changed these unused spaces into a personal place, photographic journey began to unveil the relationship between the people and their self found spots, physically as well as mentally. Parallel to this process, a long correspondence started with the residents, projected through notes, diary, reflections, texts describing the place they live and their relationship with their surroundings. 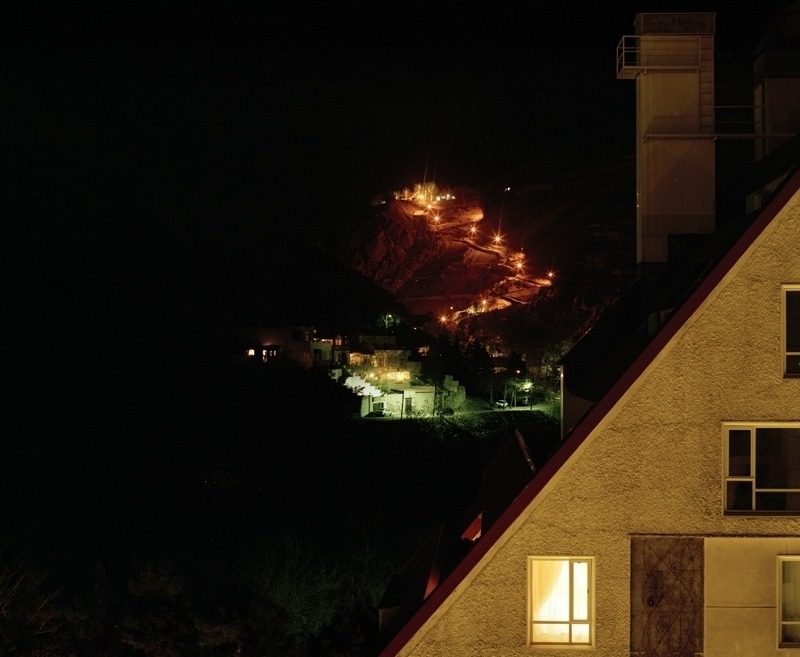 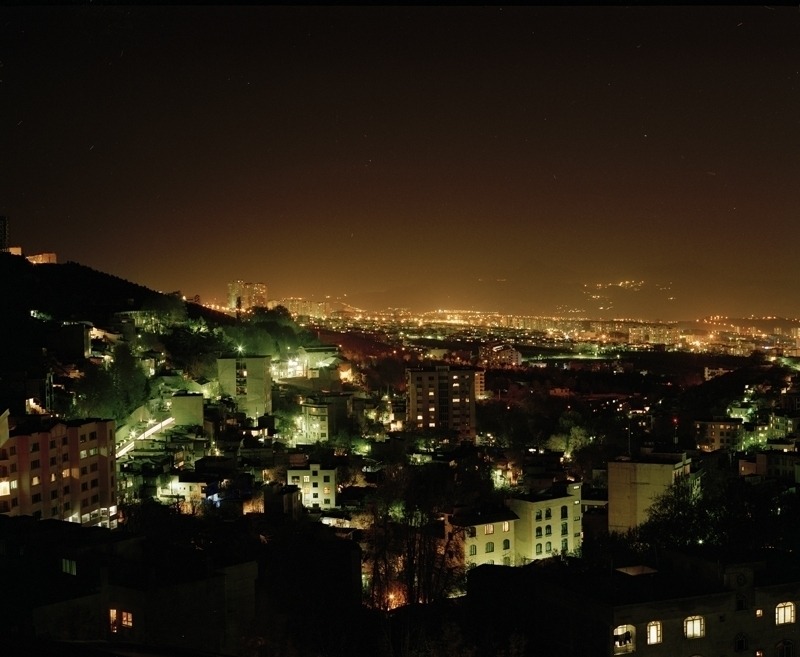 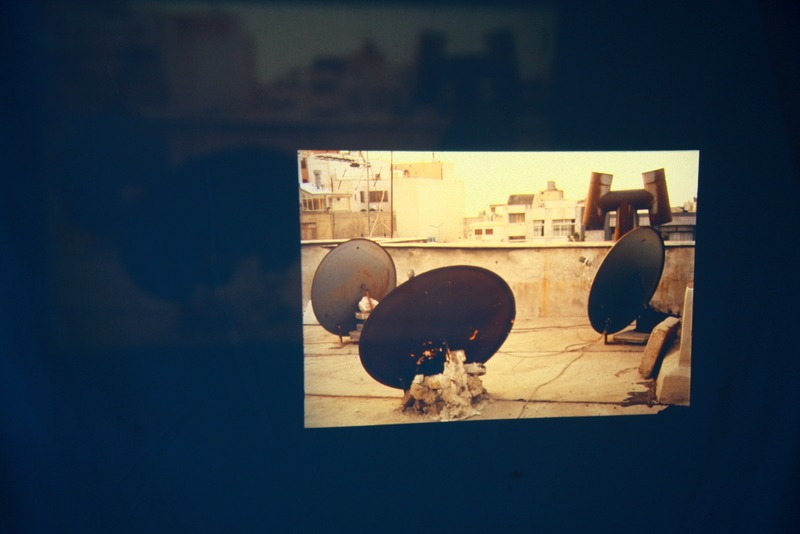 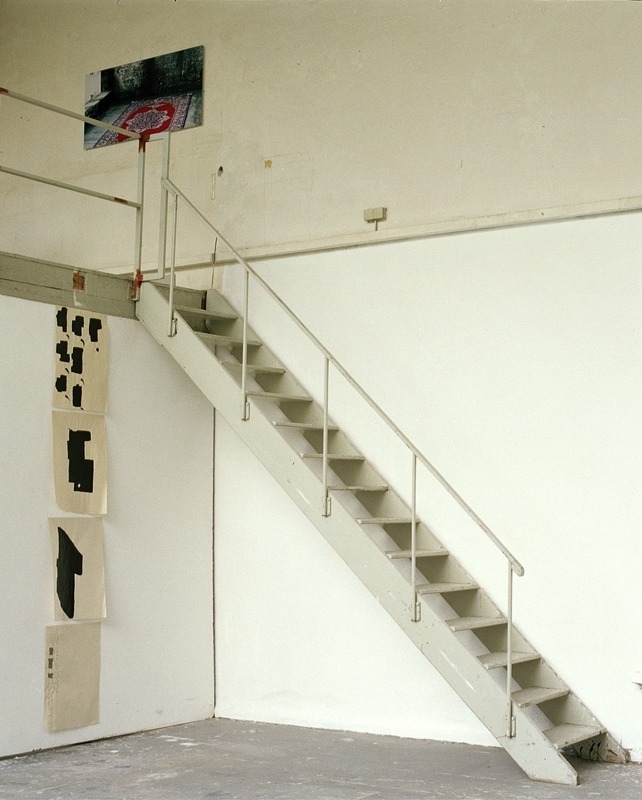 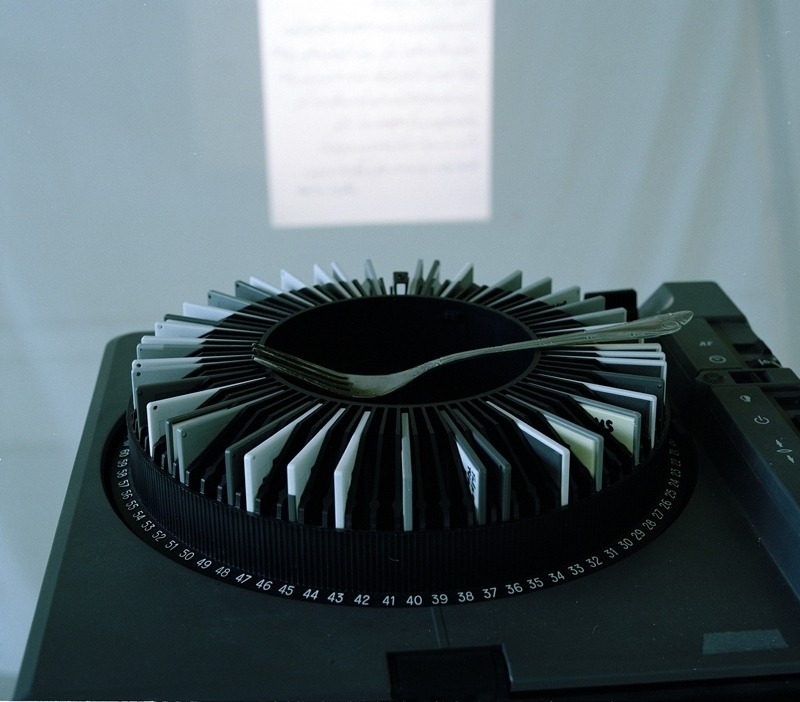 Rooftops and Me, a text by Shervin Afshar

When now I think about rooftops, I realized that there was time when these places were more important in my life in comparison to their current role which is near to nothing. I used to sleep under the summer sky along with a big family consisted of my grandparents, parents, aunts, and uncles. I used to watch the stars, fall sleep, and wake up with the first threads of sunlight on my face. Now, it seems blurry and dream-like, but I know that once not so long ago it was one of the most real things I have experienced.

Rooftops of Tehran, if high enough, have a northern view of the mountains and a southern view of the city which goes on like forever and meets the dry plain in the south. If you are lucky enough and have a very high rooftop with an open eastern view you can also see Mount Damaavand which raises the mythical image of proud in hearts of every Iranian.

I dare to consider rooftops of buildings in Tehran semi-public semi-private spaces; one can use them for putting illegal satellite dishes, hanging washed clothes, or even have a romantic encounter there. Meanwhile, you are visible to neighbors so they lack a real sense of privacy. These characteristics make them hybrid, in-between spaces.

For me, rooftop was the closest plateau to the sky and the mountains. It used to give me a feeling that I can easily go beyond what is going on in the crowded streets of the city and generally crowded cities of the world. It promised me that there are horizons indeed to challenge other than somehow dumb and dubious limits of the city. So rooftops sharpened my sense of ambition by providing a platform to fly my mind toward the sky and the mountains which still for me remain nostalgic metaphors of success and tranquility. And one of my few moments of tranquility was when I lied beside a beloved on the peak of a mountain with landscape of blue blue sky above and dust-colored plateau below. I felt the immense freedom and joy.

Today, there are people in my hometown who live in towers and skyscraper higher than highest height I have ever experienced with my feet on the ground. In their 40th floor penthouses they have windows overlooking every corner of the city but the meditating quality existing in even lower rooftops is missing; to be sheltered by the sky and to feel nothing over your head which opens windows in our ancient historical memories and awakes a very primitive feeling of a very basic man.

Rooftops can be temples for the crowded minded people of our times; a place to feel closer to the sky, a place to do nothing but beholding the microorganisms of the city which usually offer you a gray life of slow decay, and a place to feel closer to the sky, supposedly the oldest huge visual memory of us all and a symbol of infinity. So, yes, you can not fly, but your mind can and needs to fly once in a while. Your rooftop can be a good starting point.